I have over 40 years of experience fixing big financial industry problems and sometimes helping victims when markets fail.

Despite the current low-fee revolution in the City - adverse incentives, conflicts of interest, and high expenses persist. I recognised a need for personalised, transparent, and unbiased advice for the average person’s financial planning and investment decisions.

That’s why I’ve built a firm that doesn’t sell products other than our advice and ensures you always know how much you are paying and what you are getting in return. I have made different choices in starting the Academy of Life Planning to provide clients with a high level of service at a reasonable price.

In my spare time, I am a volunteer and Ambassador for the Transparency Taskforce (transparencytaskforce.org)

and write the trade magazine in Money Marketing (moneymarketing.co.uk). For details of my work experience, click here for my LinkedIn profile.

Steve Conley is an award-winning Chartered Financial Planner professional and a member of the Personal Finance Society and Chartered Insurance Institute. Steve is the former head of investments for HSBC. 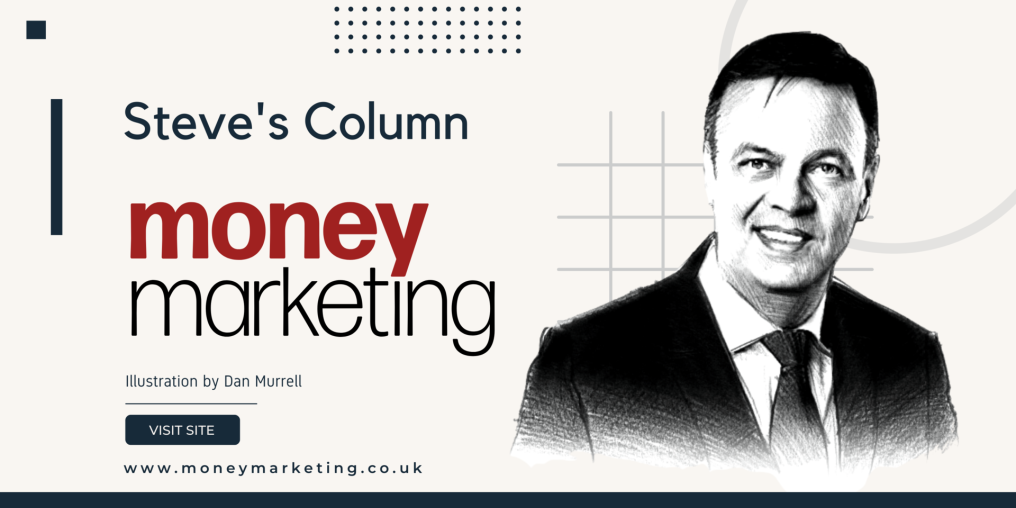 "I have trained thousands of personal financial advisers in big insurance companies and banks in five decades. As a chartered financial services professional, I have helped hundreds of clients find financial freedom in their work and personal lives for over 30 years. I guarantee that every committed client or adviser I have worked with has achieved results far surpass their initial expectations.

Advice-only financial planning is more than a job; it is my dearest challenge. I have proven over and over that leading an extraordinary life is possible for everyone. And nothing satisfies me more than helping people find this out for themselves.

I deliver high-impact, results-oriented coaching to individuals and teams. I work with executives, managers, entrepreneurs and creative professionals in business and personal issues. I specialise in values-based advice and leadership, positive psychology, emotional and social intelligence, and group dynamics." 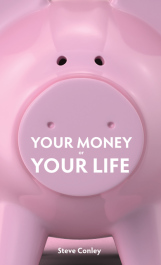 The Academy of Life Planning Limited was established on 2nd April 2012 in Chorley, Lancashire.

The founder, Steve Conley, was previously Head of Investments at HSBC when he lived and worked in Canary Wharf, London. His task was to lead teams that would increase financial security for retail customers. He is a multiple and international award winner. Six times market leader. And he chaired the industry steering group at the British Banker's Association. Today, 8 out of 10 investors still use his ideas to enjoy greater financial security. According to the World Health Organisation, one of his products even contributed to saving the lives of 5 million children.

Steve discovered how financial advisers could become more trusted. By not only helping retail customers find security but also helping them to enjoy freedom. He would do this by planning the client before planning the money. He used the #1 world-best-practice planning model, called life planning. He trained as a life planner and arranged training for a dozen other advisers who became his bank's most trusted advisers. But what mattered most to customers mattered least to his fellow bankers. TRUST! According to world-leading PR firm Edleman, banks are the least trusted of all industries globally, year after year, with slight improvement.

His fellow bankers were unimpressed with Steve's quest to deliver security and freedom to retail clients. Banks could earn far more short-term profit for shareholders, and pay themselves bigger bonuses, by denying their customers the security and freedom they deserved. Instead, they chose to get rid of their financial advisers and spent their marketing budgets on promoting debt. By 2020, the average unsecured debt in the UK was half the annual salary. On that day in Canary Wharf in November 2011, ninety-five per cent of the population was sentenced to a lifetime of debt slavery.

You see, people in a mess with life and money are far too profitable for a bank. And all the UK banks preferred to sack all their financial advisers rather than fix the problem. So, disappointed that his colleagues would place profit before principles, Steve left the banks, holding an approach that would hand over the banks' lucrative control of the game to ordinary folk. He set up the Academy to share the secrets the banks didn't want him to share.

Steve went on to become a Master Life Planner. Since 2012, he has not only furthered his academic and professional studies, he studied the ancient origins of planning and uncovered and published many other secrets the unaccountable hierarchies of profit and power had long kept hidden from the general populous of citizens over many centuries. He has adapted the world-best-practice planning model to include the hidden lessons he learned and has made it even better. He has used his approach to help hundreds of people escape the rat race, overcome mid-life crises, find a new direction, come together with their significant other, set up the life of their dreams, and live longer and better - as you can see from our many client stories.

Most importantly - he now delivers security and freedom to his clients. And he trains and mentors other life and money planners worldwide with his methods.

He adapted the Goal Setting so that it wasn't just about financial goals. It was about multi-dimensional personal goals, too: Mind, Body, Heart, and Spirit. He also added a market-leading Financial Freedom Forecaster, so his clients could plan their means to security and freedom. Then he added the business plan, a proven proposition development framework that was as effective for his clients as it had proved for all those market-leading and award-winning businesses he built-in banking. He helps many clients create a side hustle from their passion - a vehicle to create personal wealth that delivers increased financial security and quickly carries them on their path to freedom.

The result is The GAME Plan.

Steve is the author of Your Money or Your Life: Unmask the highway robbers - enjoy wealth in every area of your life. 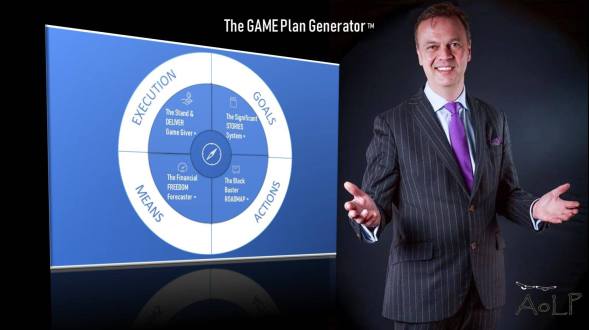